The Schola Cantorum of Bazzano was honored by awards.

On Tuseday 29th November 2011, in a ceremony which took place at Bologna Fair, the Ministry of  Cultural Heritage awarded our director with a certificate recognizing “Schola Cantorum di Bazzano” as an amateur group of national interest.

Tuseday 14th December 2011, the Municipality of Bazzano in the person of the Mayor Elio Rigillo honoured us with this award. 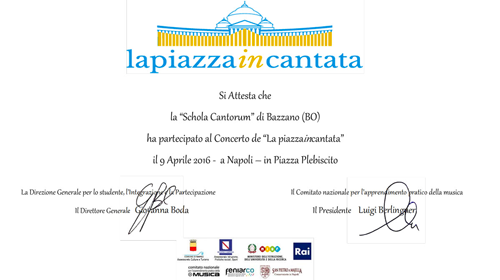